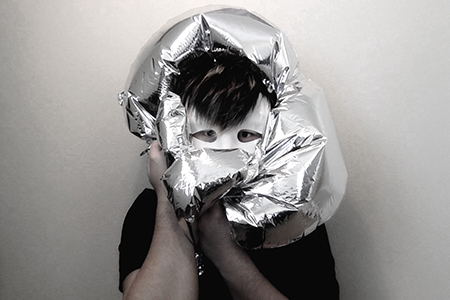 WU SONG DI: A SOLO EXHIBITION, 2027 performatively presents a series of artworks credited to a fictional artist. Taking place in the year 2027, a “docent tour” – lead by artist Able Zhang – guides the audience through a chronological retrospective of Wu Song Di’s artworks displayed in Room Gallery.  Zhang’s docent presentation is comprised of stream of consciousness observation of the works, which constructs the audience’s own consciousness of the displayed artworks in order to “construct” an image of the fictional Wu Song Di.

The exhibited artworks, in turn, critically examine human existence through identity, memory, mortality, cultural identification, historical justification, collective recognition and the feasibility of permanence. Taken together, the artworks form a living memory of the artist WU SONG DI, challenging dominant modes of thinking within the domain of cultural institutions. As a nominal representation of these works, WU SONG DI exists neither as a person, nor the name of a person. As a constructed memory, WU SONG DI: A SOLO EXHIBITION, 2027 asks the audience to reconsider the foundation of their education rather than merely following normative modes of thinking.

The undergradaute solo exhibition is a part of the 13th Annual Guest Juried Undergraduate Exhibition juried by Ulysses Jenkins and Amanda Ross-Ho.