how to gently unpack an empire

an empire is never gentle

How are we then to imagine belonging, beauty, joy and liberation, entangled as we are in the archive of our complex pasts, at the mercy of an empire which does not reckon with its own excesses, does not provide justice and does not apologize?

Bringing into conversation three artistic positions rooted on the West Coast of this land now called the United States, and expanding outwardly, how to gently unpack an empire investigates the capacities and possibilities of living fugitively within the US empire both in opposition and alongside it. Featuring the works of Demian Dinéyazhi’, Vinhay Keo and Gelare Khoshgozaran and accompanied by a suite of public programs—Chitra Ganesh and Mariam Ghani on Index of the Disappeared; lauren woods and Kimberli Meyer on American Monument, Sean Connelly on Hawai’i Futures, and a closing listening session with Arshia Fatima Haq of Discostan —this project is an unpacking of this dialogue through the mining of personal and historical archives of a rapacious empire that both promises and takes away.

Structurally deploying intimate pairing and nearbyness across various identity categories, elucidated by thinkers such as Lisa Lowe through Intimacies of Four Continents, Nayan Shah through Stranger Intimacy, and the films and writings of Trinh T Minh Ha, this project intimately places artistic positions alongside each other to untangle notions of human, individual, freedom and self-determination. In this project, this concept of ‘stranger intimacy’ is extended to thinking through the physical and conceptual geography of the artists’ histories, an intimacy only possible within empire, with its capacity to scatter and dislocate bodies across time and space. Even as these artists exist in a queer belonging, resisting larger forces of white supremacy, they are still entangled in the afterlife of ongoing settler colonialism.

In Unthinking Mastery, Julietta Singh eloquently challenges the pursuit of mastery that has haunted and troubled anti-colonial thinkers. Mastery, an inherent vehicle of settler-colonialism and slavery, both as the physical domination of bodies as well as intellectual and linguistic mastery, is continuously replicated by postcolonial states as a means towards self-determination and therefore, their own failures. Complicit in this failure is the curatorial protagonist of this exhibition, culminating as this project is towards a Master of Fine Art.

The exhibition and public program open up avenues to think productively not just the capacity and reach of empire, but also of the possible resistance responses of its fugitive/complicit subjects, without mastery or achievement.  While this exhibition offers few answers and multiple paradoxes, it offers possibilities of survival and imagination through the unfolding of voices that make forms of impossible very possible.

postscript: while this exhibition was conceptualized before the pandemic, it cannot remain invisible to the experience of last year, of a once in a century, planetary event that has impacted a collective body politic. The pandemic and its resultant ruin on those vulnerable and peripheral is itself by design, revealing structural inequities and ruptures. The trace of the pandemic, a part of a longer history of erasure and displacement, rests deeply intertwined within this exhibition.

A publication accompanying this exhibition-program will be published by Archive Books in Fall 2021.

This exhibition takes place on the UC Irvine campus which is located on the homelands of the Acjachemen and Tongva peoples who, in the face of on-going settler colonialism, continue to claim their place and act as stewards of their ancestral lands as they have for the past 8,000 years. We acknowledge the stories, traditions and living cultures of Native American peoples on this land and commit to building a brighter future together. 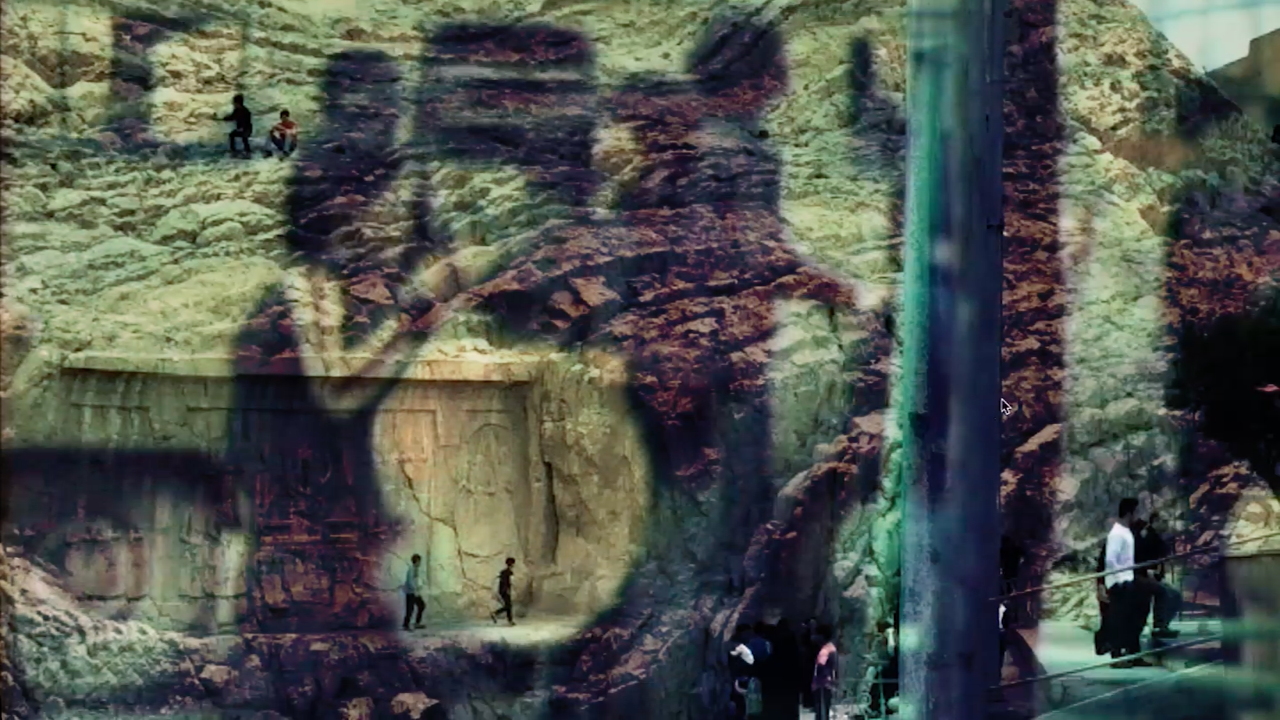 landing: Unpacking empire and ourselves I

Join us for a conversation with the curator Aziz Sohail with their professor Swethaa Ballakrsihnen about the conceptual framing of this project and its personal unfolding during their graduate career.

landing: Unpacking empire and ourselves II

crossing: On Index of the Disappeared

Chitra Ganesh and Mariam Ghani in conversation with Jeannine Tang, Assistant Professor of Art History at The New School.

Please join us for a presentation and conversation on Index of the Disappeared (2004 – ongoing), which foregrounds the difficult histories of immigrant, ‘Other’ and dissenting communities in the U.S. since 9/11, as well as the effects of U.S. military and intelligence interventions around the world. Through official documents, secondary literature, and personal narratives, the Index archive traces the ways in which censorship and data blackouts are part of a broader shift to secrecy that allows for disappearances, deportations, renditions and detentions on an unprecedented scale.

As part of a national movement to abolish campus police, UCI will be joining campuses across the nation, including all UC’s, in a work stoppage on May 3rd in support of getting cops off our campus.

As part of this work stoppage, the live presentation of this event has been canceled. Given this exhibition’s and this talk’s focus towards archiving and undoing the carceral state, this solidarity feels particularly meaningful and important. A recording of this talk will be made available for viewing at a later stage.

American Monument is an artwork by lauren woods that examines the cultural conditions under which African Americans lose their lives to police brutality and was first fully unveiled at the Beall Center at UCI in Fall 2019. A participatory inter-media monument, the work is conceived as nomadic and continually expanding, moving across the country year-to-year, “unveiled” at universities, museums, storefronts, community centers, and churches. This work is a vehicle for analyzing the complex relationship between the construction of race, material violence, structural power, and monumentality itself.

The final event in the Crossing triptych presents the work of Honolulu-based artist-architect Sean Connelly (After Oceanic) and his/their spatial justice-advancing design research on US urbanism, military infrastructure, and climate change in Hawaiʻi. Connelly's Ala Wai Centennial Memorial Project offers to help recover our relationship with Earth after a “century” of American empire, military occupation, and colonization on the island of O'ahu through a detailing of the racial, environmental, and economic impacts of the Ala Wai Canal, instead proposing decolonial solutions that clarifies land use systems of Honolulu.

exiting: Unpacking empire and ourselves III

RSVP for the event here.
Sponsors:

In addition to lead support provided by the Department of Art, how to gently unpack an empire is made possible in part with a grant from the Asian Cultural Council to advance international understanding through cultural exchange in the arts. Programming for this exhibition has been made possible with the support from UCI School of Law, UCI Center in Law, Society and Culture and UCI Humanities Center. The publication accompanying this exhibition is made possible with the support of Archive Books.