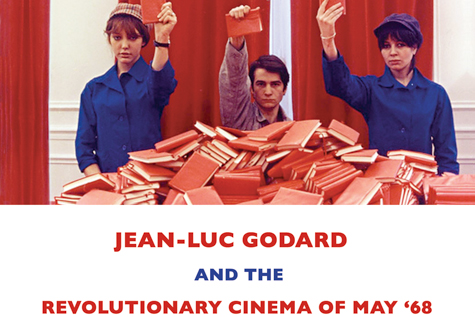 Television and cinema do not record moments of reality but simply moments in the dialectical process.  Areas/eras of contradiction that have to be examined in the light of class struggle.  - Jean-Luc Godard

To commemorate the 40th anniversary of the French General Strike, known simply as “May 1968,” the UAG presents Freudemocracy: 2008-1968. A montage by Juli Carson and RJ Ward, this project features a selection of Jean-Luc Godard’s films, produced from 1966-1972, which changed the face of revolutionary cinema. Through Godard’s camera-eye, we revisit the hope of ‘68 arriving, the moment of its impact, and the melancholy of its aftermath. As was his signature, the subjects of politics, aesthetics and love delicately are held in balance.