The Sigmund Freud Antiquities : Fragments from a Buried Past 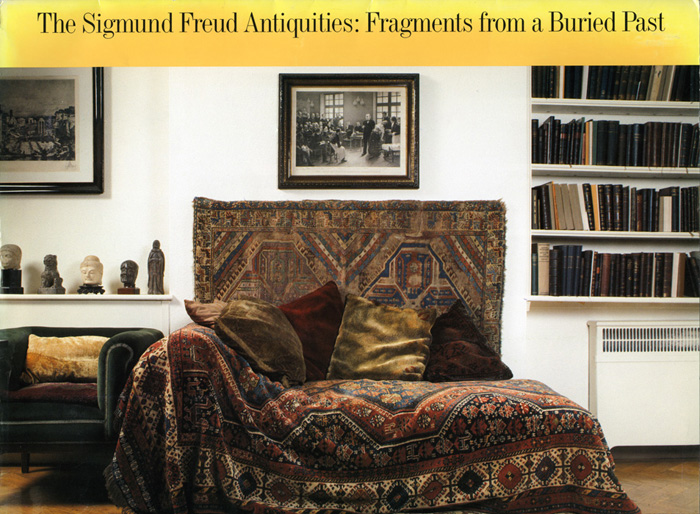 This exhibition, after premiering in 1989 at the University of Pennsylvania, came to the University California, Irvine campus with much sponsorship and support.  Expanding the exhibit, UCI organizers put together an all-day symposium to review Freud’s contribution to and effects on subjects such as art, literature, religion, and group behavior.  Surrounding himself with works of art that told history, Freud reflected on the connections between the past and the present state of humanity.  Curated by Lynn Gamwell and co-curated by Richard Wells.