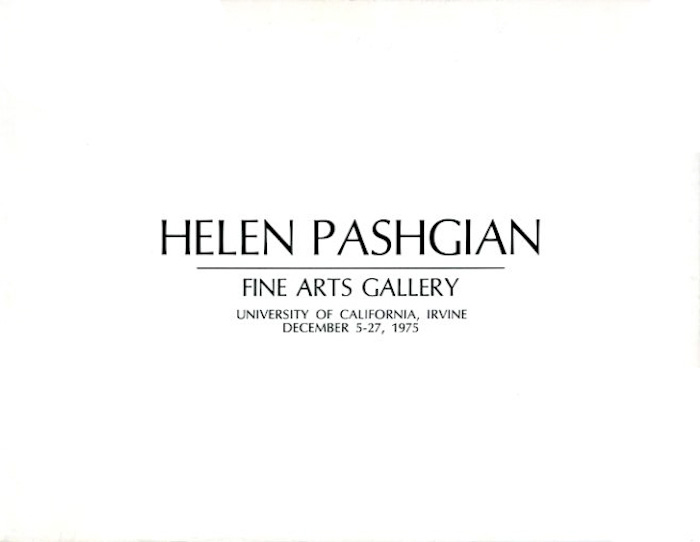 After living and studying Art History on the East Coast, Pashgian went back to her roots in Southern California.  Here she occupied herself with the rendering of natural light in her art.  Pashgian used her art as a vehicle for the exploration of perceptual process as opposed to conceptual theory.  Later, she worked with resin that captured light within as well as on its surface.  Influenced by Jack Brogan, Pashgian’s interest in the movement and perception of light matured.  Dissatisfied with cast resin as a sculptural medium, she transferred resin onto canvases.  On these canvases, Pashgian created images that were solely defined by light, such as red and green ribbons.  As the curator Melinda Wortz asserts, "Pashgian’s rendered illusions of light during this artistic period in Southern California can be paralleled to mystical, even religious notions of enlightenment."